The ‘sneezing’ of sponges for waste removal 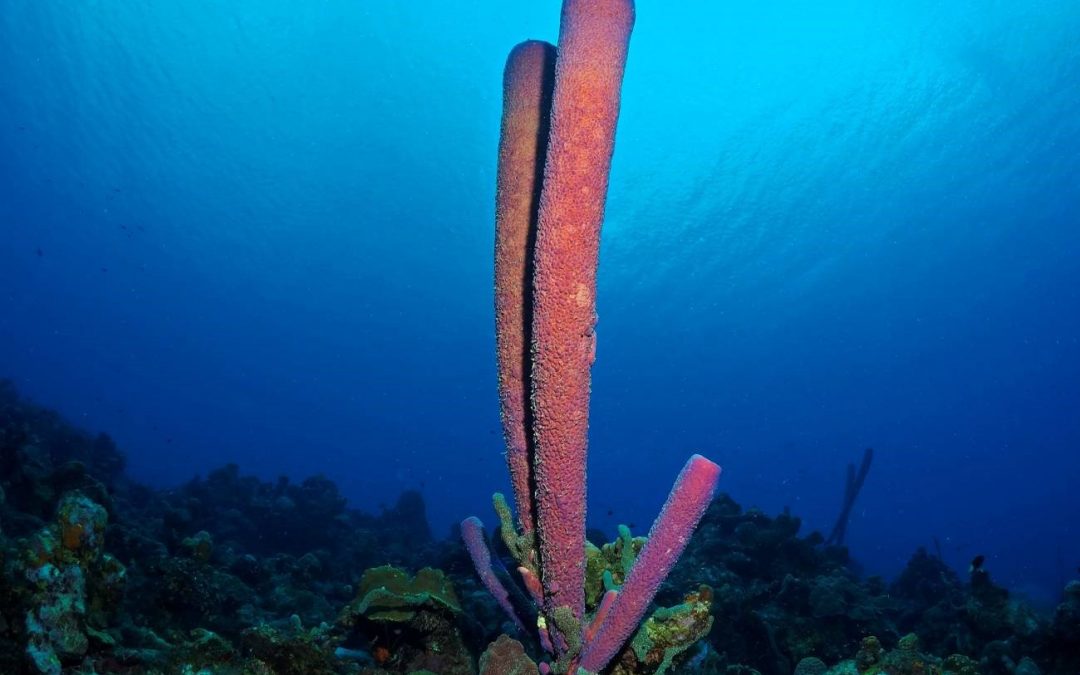 This week’s #Cienciaalobestia features porifera, also known as sea sponges, which ‘sneeze’ to clean their internal filtering systems. This mucus expelled into the water is used by some animals living in the surrounding area as food.

In humans, a sneeze is a convulsive reflex action of expelling air from the lungs through the mouth or nose. However, it is also one of the oldest ways in which organisms eliminate waste.

Researchers led by the University of Amsterdam (The Netherlands) have discovered that porifera, or sea sponges, one of the oldest extant multicellular organisms, ‘sneeze’ to unclog their internal filtering systems. The results are published in the journal Current Biology.

Although this behaviour has been known for years, their findings show that sponges remove particles they can’t use through this act of expulsion. “Our data suggest that ‘sneezing’ is an adaptation that sponges developed to keep themselves clean,” says Jasper de Goeij, a marine biologist at the University of Amsterdam and lead author of the paper.

“But sponges don’t sneeze like humans,” explains de Goeij. “In the case of the former, each sneeze takes about half an hour to complete. However, in both organisms, the act exists as a waste disposal mechanism,” the researcher continues.

To filter food, the sponges suck in and expel water from different openings. “We have to bear in mind that these are immobile organisms, which are not able to move,” says de Goeij.

“When the water around them is dirty and the suspended particles are too large, the sponges cannot simply move to another location. This is when the ‘sneezing’ mechanism comes in handy,” he adds.

“We observed that the mucus -filled with filtration debris- continuously flowed out of the water inlet openings (not the outlet openings, as we would have imagined) and was slowly transported to the surface of the sponge. Every 3 to 8 hours, the animal contracted and then relaxed its surface tissues, pushing the secretions into the surrounding water,” Niklas Kornder, first author of the study, tells SINC.

“Until now it was thought that this mechanism served to regulate the flow of water. However, thanks to these ‘sneezes’, the accumulated debris fell away, leaving a clean surface,” adds the researcher.

“We also observed that some fish and other animals that live with the sponges use the mucus as food. There is some organic matter in the water surrounding the coral reef, but most of it is not concentrated enough for the animals to eat. The sponges transform this material into edible mucus,” he adds.

Sponges: a far from simple organism

The researchers have studied two species, the Caribbean species Aplysina archeri and another Indo-Pacific species belonging to the genus Chelonaplysilla. “But we believe that most, if not all, sponges sneeze,” says Kornder. “However, there are still many aspects of this physiological mechanism that are not known and need to be studied more extensively,” Kornder adds.

“There are many scientists who think of sponges as very simple organisms, but most of the time we are surprised by the flexibility they show in adapting to their environment,” says de Goeij.

“The similarity between sponge sneezes and humans is fascinating. It highlights how two animals at opposite ends of the evolutionary scale clean themselves in the same way,” concludes Kornder.