“WE HAVE TO DECREASE IN ORDER TO RECOVER THE NATURE OF THE MAR MENOR”, PEDRO GARCÍA (ANSE) 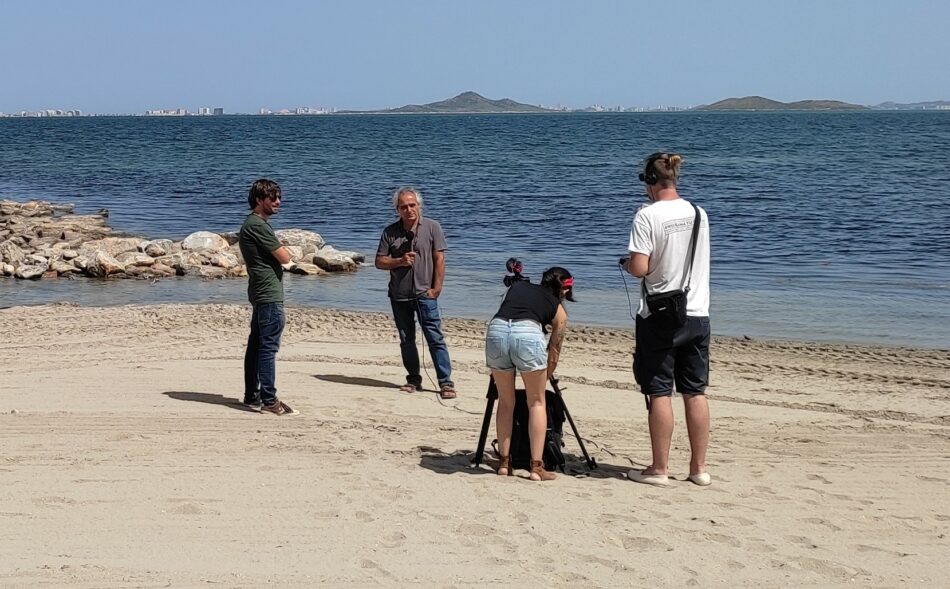 We interviewed Pedro García, director of the Asociación de Naturalistas del Sureste (ANSE), for the Mediterranean Researchers’ Night in Los Alcáceres (Murcia), with the Mar Menor on his back. Pedro García is one of the leading experts on the problems facing the Mar Menor, which he defends from ANSE. In this interview, he reviews the problems without raising his voice, but with the forcefulness required by the situation of a piece of the Mediterranean that he has loved since he was a child.

Text of the video interview:

Mar Menor is the largest coastal lagoon of the Iberian Peninsula. It is a space that, although it may seem amazing, has had a relatively small human pressure until the middle of the last century.

Let’s say, the population and human activities were very small until the middle of the 20th century. Practically they have not had a negative impact on the Mar Menor. It is especially from the 60’s, mainly with the arrival of tourism, that the Mar Menor begins to transform at a very high speed.

“There is a footprint, an important environmental impact that is carried over from the past, from mining, from the Cartagena mining area”.

First in some points of the interior of the lagoon, with the development of some coastal urbanizations and mainly in the sandy strip that separates the Mar Menor from the Mediterranean, La Manga. This was completely devoid of population of population and suffers a very rapid and disproportionate urban growth that practically overwhelmed it at the beginning of the 21st century and caused the disappearance of most of its natural values. So in the Mar Menor we find from that time to the present, all the problems that can cross our minds. There is a footprint, an important environmental impact that is carried over from the past, from mining, from the Cartagena mining area.

Mining, which was very important in Roman times and since the middle of the last century, has caused significant problems with the arrival of pollutants at some points in the south of the Mar Menor. Then the urban development that comes associated with the construction of large infrastructures around the Mar Menor. In the inland area of the region there are a multitude of highways and freeways, an international airport and on the inner shore of the Mar Menor numerous marinas.

“The arrival of the water from the Tajo aqueduct to the Cartagena countryside to the plain surrounding the Mar Menor, leads to the development of intensive, massive agriculture, which ends up occupying an area of more than 60,000 hectares”.

The Mar Menor has one of the highest densities of marinas on the entire Spanish Mediterranean coast. And let us say that as a cherry on top, at the end of the 70’s beginning of the 80’s, the arrival of the waters of the Tajo water transfer to the Cartagena area, to the plain surrounding the Mar Menor, leads to the development of intensive agriculture, massive, which ends up occupying an area that reaches over 60 thousand hectares, with a very significant use of agrochemicals in general.

And this leads two or three decades later to a process of massive eutrophication of its waters, as a consequence of the rise of the water table and the arrival to the Mar Menor, directly or indirectly, of large flows of surplus water from agriculture contaminated mainly by nitrates.

Different studies estimate that there are around 300,000 tons of nitrate stored in the Quaternary aquifer of the Cartagena area. In the end, with all these problems, mainly in recent years, the eutrophication process ends up generating massive mortality of the bottom vegetation. On a couple of occasions, even more massively, of large quantities of fish and crustaceans.

What solutions do you propose?

As a general framework, from our point of view, the most important solution or set of solutions would be a process of renaturalization. We have occupied too much of the Mar Menor, we have altered the ecosystems of the Mar Menor and the area surrounding the Mar Menor too much.

One of the things we have to do, bearing in mind that part of the solutions are generated by nature itself, is to give back to the Mar Menor a part of its nature. We have to recover its biodiversity. How? By restoring ecosystems, eliminating part of the intensive agriculture that surrounds the Mar Menor, especially illegal agriculture, which may be around 8,000 and 10,000 hectares.

“We have to take a step back, we have to decrease a little in order to recover part of that nature and make an economic model based, among other things, on a smaller ecological footprint and less destruction of the territory, more sustainable”.

We have to improve the way the land is tilled. For example, avoiding the arrival to the Mar Menor of torrential waters during floods with large amounts of sediment. It is necessary to act in the brake of the urban growth. It is necessary to declassify urban and urbanizable soils. From our point of view, it is necessary to recover some port infrastructures. We must take a step back, we must decrease a little to recover part of that nature and make more sustainable an economic model based, among other things, on a smaller ecological footprint and less destruction of the territory.

What should the public administration do about it?

In principle, as a global framework, applying the laws that have not been applied and doing something else that is fundamental and that everyone understands everywhere, is to act with coordination.

What has the role of research centres been?

I think that at the beginning has been key to understand the problem, but what has not been done by the administrations and mainly by the autonomous community, which is the one with more competences in the regulations affecting the Mar Menor and the solution of its problems, the biggest problem has been that the scientific advice, the participation of the researchers who know better the situation of the Mar Menor, has not been done in a consensual, collegiate, independent way.

“Many researchers understood that the scientific committee was not an independent advisory committee to seek consensus solutions, but had become an instrument of propaganda and support for certain theses of the administration that were not in line with the line that many of these researchers proposed”

That has generated a rejection in many researchers who understood that the scientific committee was not an independent advisory committee to seek consensus solutions, but had become an instrument of propaganda and support for certain theses of the administration that were not in line with the line that many of these researchers proposed. So in the end… One of the big problems at the scientific level is that there is no consensus and there is no coordinated work in the search for these solutions. Nor is there parallel work by the different administrations with competence to try to unite this disunity that has been generated at the scientific level.

On a social level, there has been a very important change in the attitude of public opinion. 25 or 30 years ago there was a situation of looking the other way. In general, people did not admit that the Mar Menor had a problem or many serious problems, nor did they believe that they could lead to situations such as these massive fish mortalities that we have seen.

In 2016, when we published the images of the so-called “green soup of the Mar Menor” and especially in 2019 with the massive mortality of thousands of fish in autumn in the northern part of the Mar Menor, it was when there was a real change in the attitude of public opinion, which very quickly became aware of the situation and that if something is not done quickly and people do not move, the consequences could be worse.

What makes the Mar Menor different from the problems of many other places, is that it has shown us with the death of tens of thousands of fish, the consequences of the way in which man manages the ecosystems and the consequences of bad practices and non-compliance with the laws that already exist.

The priority is to put pressure on the EU so that it in turn puts pressure on the administrations, on the State, especially the autonomous community, so that European laws are complied with and so that citizens can believe that the legislation is useful for something.

Perhaps one of the bodies that plays a key role in changing this is precisely the EU. I believe that the EU’s regulations for the protection of natural areas and nature in general are an example at international level. Europe should be an example at the conservation level. A place so populated and with so many problems and in which in general the population maintains a much higher level of awareness than in other places. I think that would be the priority. To put pressure on the EU so that it in turn puts pressure on the administrations, on the State, especially the autonomous community, so that European laws are complied with and so that citizens can believe that the legislation is useful for something. That the international organisms in the end help in the things we need most, which among other things are the rights of nature and human rights, as a key element in the constitution of the European state.