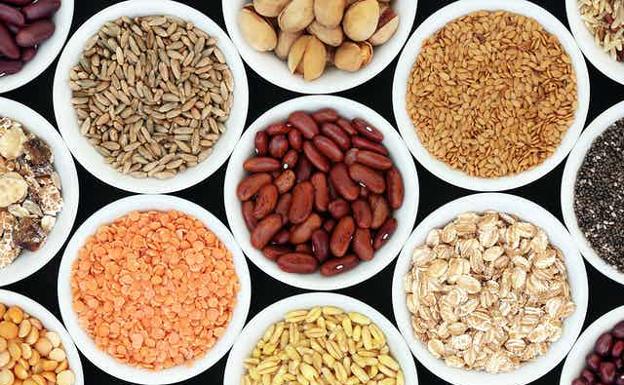 “Who wants to live forever?” wondered the legendary band Queen in their famous 80s song. And surely, even if we are not aiming for eternal life, we are all concerned about living as long as possible.

The typical tips for a healthier life often ring in our heads: practising sport, giving up smoking and the great classic “eat better”. But how much longer could we live by eating better?

Well, a study published in February 2022 by researchers at the University of Bergen (Norway) suggests that a change in our diet could extend our lifespan by even more than a decade. But how do we do this?

Using innovative methods, the researchers have compiled and compared results from dozens of previous studies related to diet and longevity in populations in the United States, China and Europe, including the prestigious Global Burden of Disease Study (2019). With their model they have studied how certain food groups can affect our life expectancy. Their aim: designing the optimal diet for living longer.

Taking as a reference the typical American diet (with a high consumption of red meat, ultra-processed and sugar-rich foods), the experts describe that the optimal diet would be to reduce the consumption of these products, replace refined flours with whole grains and increase the portions of pulses and nuts.

And while it may come as a surprise that fruit, vegetables and fish are not at the top of this food ranking, it is true that they still have a very positive effect on our health. However, their consumption in the typical diet is not as low as that of pulses and whole grains. Therefore, their effect on the model is lower, according to experts.

Other food groups studied may have a rather neutral effect. This is the case with white meat, eggs and vegetable oils, which do not seem to have a significant effect on longevity. With the exception of olive oil, however, which does have a protective role on our health.

The sooner we start, the longer we will live

According to this study, making these dietary changes in our 20s could extend our lifespan by 10-13 years, while doing so in our 60s would make us live up to eight years longer. And although the benefits are greater the earlier we switch to the optimal diet, even people in their 80s can substantially increase their lifespan by around three and a half years. However, these changes must be maintained for at least 10 years to achieve maximum effect.

Integrating the new habits can be a challenge, but experts point out that even partial changes can extend our life by up to seven years if we start before the age of 30.

Thanks to their data integration model, researchers have developed the Food 4 Healthy Life application, an online calculator that estimates how many years we will live according to our diet, gender and age. With this simple tool we could find out, in an estimated way, how to increase our life expectancy according to the nutritional changes we are able to make.

Shortcomings of the proposed new model

However, this model does not take into account possible pre-existing diseases, genetic factors or other lifestyle changes such as exercise, smoking and alcohol consumption.

Nor does it consider how longevity would be affected by the evolution of medical treatments or the reduced calorie intake of the optimal diet. Recall that calorie restriction has been linked to increased life expectancy and decreased cellular stress, as some studies have shown.

The predictions, generalist as they are, become nonetheless robust and relevant to the general population. Knowledge is power and, as the authors say, “knowing the protective potential of different foods can help us to make affordable choices for our health’s sake”.

The optimal diet in this study shares many characteristics with the Mediterranean diet, especially in terms of the consumption of legumes, fruits and vegetables. Major studies such as PREDIMED suggest that the high fibre content and the presence of antioxidant and anti-inflammatory molecules in these foods may be the key to the anti-ageing effect of the Mediterranean diet.

The health benefits of this diet focus especially on the prevention of cardiovascular diseases, diabetes and cancer, which are causes of premature mortality in the population.

It is not surprising then that countries such as Italy, France and Spain are among the longest-living in the world. In fact, Spain is set to top the world rankings by 2040, according to a study by the University of Washington. But we should not be complacent: the influence of the North American diet, which is increasingly present in our daytime lives, could end up destroying the life expectancy of our future generations.

The late Freddie Mercury famously lamented in his song about our inability to escape fate and our own death. However, this study shows that we can play an active role in our health through what we eat.

Although much remains to be studied on the relationship between diet and longevity, several reflections seem to be clear: when it comes to diet, every little change counts and better late than never.