Innovating in reforestation: objective to improve the resilience of plantations 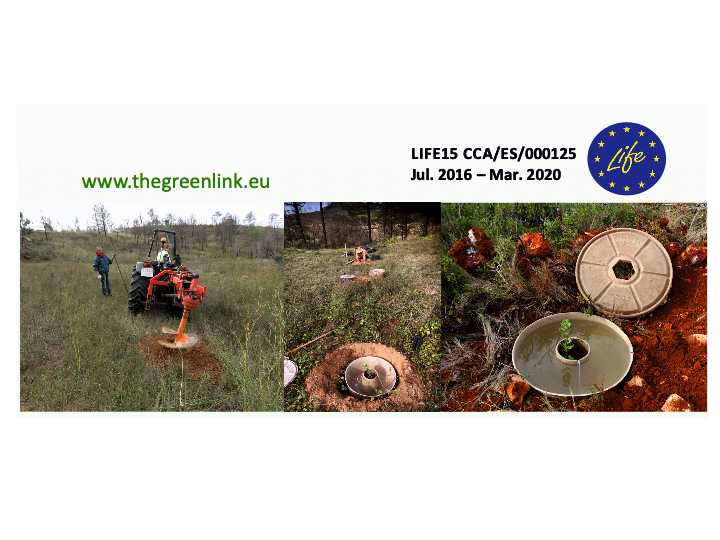 The recovery and restoration of degraded areas in forest ecosystems have as objectives, among others, the slowing down of the erosive processes that cause soil loss, as well as the regeneration of soil fertility and the diversity of plants and animals.

Reforestations are a widely used restoration strategy, and specifically those in which native species are used. Through the plantations of the appropriate species, it is possible to recover the minimum conditions necessary so that other species can be established, thus contributing to the recovery of biodiversity.

However, successful seedling establishment requires conditions that do not always occur. In semi-arid and arid climate zones, the main limiting factor is water deficit. In addition, during planting, the stress that this process causes in the plants determines their future growth and even their death. Under these conditions, it is not enough for the individuals used to have sufficient root volume to take advantage of soil moisture and nutrients. New technologies are needed to provide the seedling with prolonged access to water, which will not only contribute to its establishment, but also to make the seedlings’ investment profitable.

Through the LIFE The GreenLink project: “Restor desertified areas with an innovative tree growing method across the Mediterranean border to increase resilience” the effectiveness of a new technology which tries to address the challenge of water deficiency in the initial moments of the plantation, the CocoonTM has been proven. It consists of a reservoir made of biodegradable material, which can store up to 25 liters of water. These donut-shaped deposits of recycled material, in whose central space the seedling is located, are buried in the ground full of water. In this way, they provide water and protect the plant during rooting, the most critical period for its establishment. After this period the cocoon decompose and integrate into the soil.

The study has been carried out in various locations that include study areas in Valencia, Alicante, Catalonia, Almeria, Canary Islands, Italy and Greece. All the areas studied are characterized by being highly degraded areas with water deficiencies that present critical situations for plant development, including burned areas, marginal or abandoned land, or previous mining activities, among others. In these reforestations, once the terrain, climate, soils, humidity characteristics, as well as the slope and orientation of the slopes were analyzed, 22,301 seedlings of 31 different species or varieties were planted on an entire surface of 73 ha that, in addition, could grant a certain economic return for the surrounding towns.

Specifically, in Valencia, an area burned in 2012 (5.12 ha) near Tous (Ribera Alta) has been reforested. Here 1,874 trees were planted. An abandoned area (4.04 ha) has also been recovered in Alicante, in the municipality of Xixona (Alacantí), where 1,452 trees have been planted, mainly agricultural and forestry species, such as: pines, olives, oaks and strawberry trees, among others. Pine species have very positive characteristics to initiate the recovery of degraded spaces: high tolerance, in degraded and poor soils, to prolonged droughts and extreme temperatures. The strawberry tree, for its part, is a species that is very easy to transplant and has good initial growth, although it is very delicate and has very specific requirements.

The success of the plantations was evaluated for two years based on three parameters: (i) a survival index calculated based on the percentage of living and dead trees; (ii) the vigor of the trees; and (iii) the growth and development response of selected key species. The results showed that, compared to conventional systems, CocoonTM significantly improves seedling survival. The success is resounding, as 85% of the trees planted using Cocoon survived compared to only 45% of those reforested without it.

The LIFE The GreenLink project has received funding from the LIFE Program of the European Union. More information at: https://thegreenlink.eu/es/inicio/