MIND THE LAB IS BACK 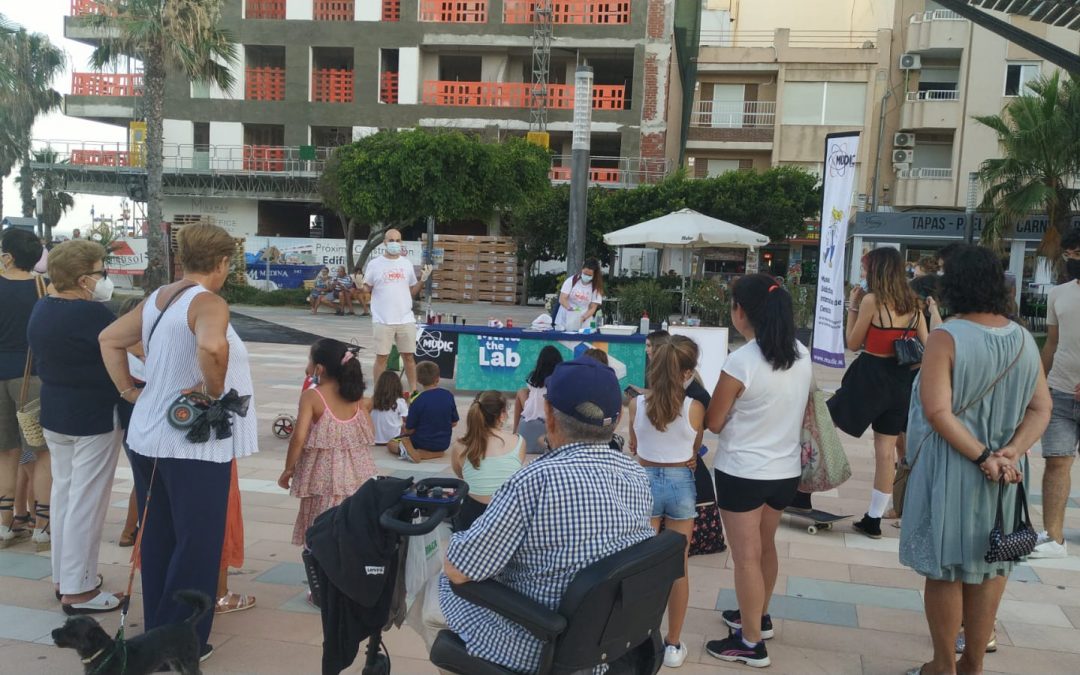 Mind the Lab was born in 2017 in Greece in order to bring scientific dissemination to society in places of common use by the entire population such as metro stations, hence its name. His success in the Athens metro led him to emulate the initiative in stations in other major cities such as Madrid; Berlin and Edinburgh. These are short activities of great visibility and impact to arouse interest and curiosity for science.

With Mind the Lab we will bring local citizens and visitors closer to the possibilities, applications and contributions of science, as they have never seen before. For the performance of the activity will be available a table 2 meters long by 60 centimetres wide.

An activity of two hours is planned, with two sessions of 55 minutes each, whose content is 7 informative experiments. With them you will discover the areas of experimental sciences of physics, mathematics, biology and chemistry.  The time will be evening, with a range between 19:00 and 22:00.

Previously people will be welcomed with an invisible sign,  that must be revealed what it has written.

With oil, alcohol and water and knowing the differences between their densities, we will show in a very visual way how these differences are manifested.

Card games will show the properties of cyclic numbers. Numbers arising from the division of 1 by a prime number whose ratio ends up giving a period whose number of figures is equal to the prime subtracting 1.

We will discover that magic and mathematics have an intimate relationship. Without going any further, many magic tricks require mathematics. In turn, mathematical principles will be taught that will arouse curiosity and interest in the discipline.

4.- Balance and centre of gravity.

With a tricky doll, it will show the concept of the centre of gravity and how we can use it to get impossible balances.

Having oil and water, being immiscible liquids, we will create by using salt the same effect as that of a lava lamp.

Making a long human chain, we will check how our body conducts electricity and allows to light a lamp. Connecting positive and negative pole will turn on the light, making an increasingly large string the audience will be amazed at the possibility of it continuing to light.

The icing in the cake will be a show of bubbles where children can make their own creations.