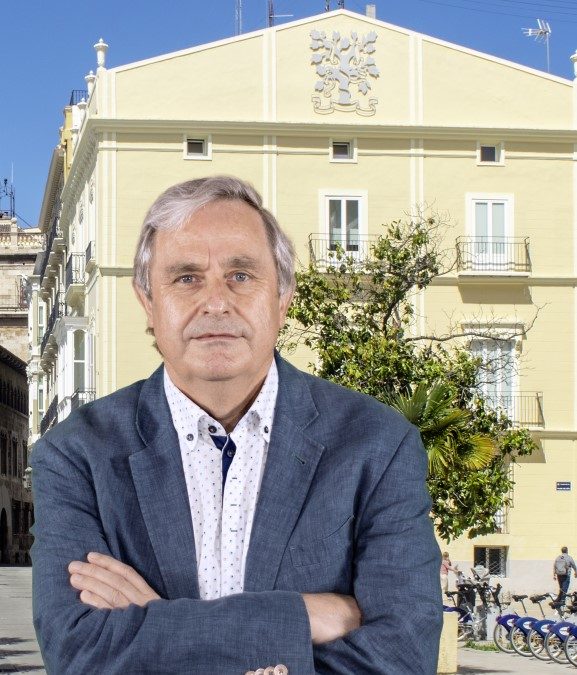 Juan Fuster Verdú. Research professor at the Institute of Corpuscular Physics (IFIC), a joint centre of the University of Valencia and the Spanish National Research Council (CSIC). He has received the Humboldt Research Award in 2018.

Juan Fuster Verdú is the institutional delegate of CSIC in the Valencian Community. He is an expert recognized for his work on precision measurements of the Standard Model. Fuster launched in the IFIC a pioneer research group in Spain in the development of silicon detectors applied to particle physics. This group built a part of the internal detector of the ATLAS experiment, one of the ‘giants’ of the LHC that discovered the Higgs boson in 2012.  In 2005 he started working on the design studies of the future Linear Collider, ILC, and later also CLIC.

He presently works on top-quark physics, the development of a future Higgs factory and on accelerator applications to medicine (hadron therapy).  Director of IFIC (2004-2007), manager of the Spanish National Program for Particle Physics (2007-2010); coordinator of the Area of Physics and Physics Technologies of CSIC (2010-2012); chair of the IUPAP C11 Commission on Particles and Fields (2014-2017) and organized the ICHEP 2014 conference. He is/has participated in prestigious international scientific committees (DESY, CERN, IFAE, IBS-Korea) nad is now member of the ECFA committee to study the physics and detector prospects for the next Higgs factory.

Back to Mediterranean Science Team