Adapting to the new reality of fires 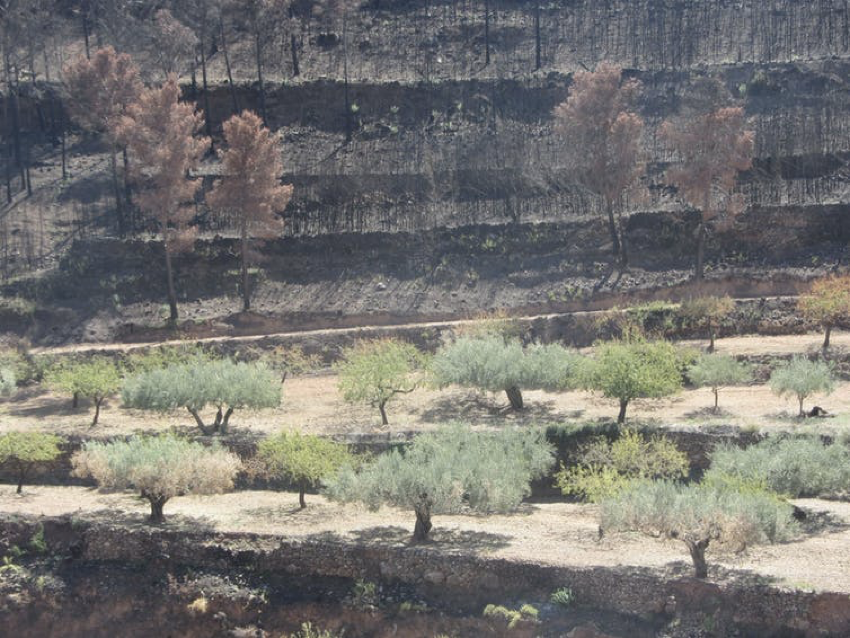 Forty million years ago, Antarctica was covered with huge forests. And 25 000 years ago, half of Europe was covered in ice and the other half in cold steppes. Thanks to palaeontology, we now know that vegetation around the world has changed as the climate has changed. As Humboldt said, vegetation and climate are linked.

Large fires are not triggered by a single cause. They are caused by coincident ignitions during periods of drought and adverse weather conditions (heat waves, wind), in areas with continuous and easily ignitable vegetation. These areas are often shrublands and vegetation in early stages after rural exodus (including young forests) or dense, inadequately managed plantations.

But the large increase in fires in Spain’s recent history has been independent of climate change and mainly associated with rural exodus. The decline of agriculture, grazing and timber harvesting, and the lack of management in forest plantations, generate more continuous and homogeneous landscapes where fire spreads easily. In these landscapes, the relative role of climate in fires increases as we allow climate change to progress.

The vegetation that will develop after recurrent droughts and fires will be different from the current vegetation, because many species may not be adapted to these new climatic and fire regimes. Presumably, the new vegetation will be less dense and less forested, and with changes in species composition.

We can let droughts and fires adapt landscapes to the new climate. The problem is that these large fires can have social and economic consequences. One possibility is to get ahead of fires.

What can we do?

To avoid these large fires that are damaging society, we must adapt our landscape and our behaviour to the new environmental conditions. This includes creating landscapes that are more resilient to the coming fire and climate regime. To do this, we can put in place strategies such as the following:

Discontinuities in the landscape and agroforestry mosaics reduce fire spread. This is especially important in areas close to human settlements. There are various strategies to achieve this objective, such as:

All these tools are not mutually exclusive; they can be combined according to the different socio-economic and terrain characteristics. Certainly, stimulating the rural world is easy to say, especially from the urban world. But in Spain, for example, it is not evident that enough people are willing to return to rural life to bring about a significant change in the landscape. Perhaps an immigration policy that offers this possibility to people who arrive in search of better conditions than those in their countries of origin could help.

2. Learning to coexist with fires

Eliminating fire from our landscapes is not only impossible, but also counterproductive, especially in the context of climate change. The management challenge is to create conditions that generate ecologically and socially sustainable fire regimes.

Focusing fire management policies solely on suppression can lead to large and intense fires. It is more sustainable to have many small, low intensity fires than few large, intense fires.

To achieve these objectives, it is necessary to professionalise the actors involved in forest fire prevention and suppression. They are the ones who can generate sustainable fire regimes, but they often work in precarious conditions.

We must avoid building housing and infrastructure in areas with highly flammable Mediterranean forest and reduce the forest-urban interface as much as possible. This not only reduces the danger to people and infrastructure, but also reduces ignitions. Mechanisms to achieve this include the rezoning of land (to non-developable) and the implementation of (dissuasive) fees for building in areas with high fire risk (“pyrotaxes”), among others.

In already built-up areas, it is necessary to ensure that self-protection tasks are carried out, such as implementing safety strips with little vegetation (or crops) around the houses, or even implementing prescribed irrigation systems. It is important to ensure that dwellings are insured against forest fires, and that they do not necessarily expect the fire brigade to protect them. Risks, responsibilities and costs must be assumed if one wishes to live in the midst of highly flammable landscapes rather than in an urban area.

During heat waves, it is advisable to reduce mobility in the woods and in interface areas (urban-forest and agricultural-forest) to minimise the risk of ignitions.

We must conserve and restore forests in humid microhabitats (refugia), to increase their resilience to changes in climate.

We must promote the restoration of wetlands and other coastal ecosystems which, apart from the benefits for biodiversity, maintain the water cycle and contribute to climate conservation.

Restoration should not be based on the past, but on the future. In restoration projects and plantations we should use species (or populations of the same species) that are more resistant to drought and fire than they were previously. For example, species and populations that are currently found in drier or more fire-prone areas. This would be more sustainable than using the high forest quality stations that were used in the climate of the last century.

This is key to slowing the increase in greenhouse gases, thereby reducing the speed of climate change and the frequency of heat waves.

This summer we have big fires mainly in the western Mediterranean, and last summer we had them in the east, in line with the distribution of heat waves each year. There is nothing new or surprising about that. It is all to be expected if we continue to fail to adapt the landscape and our behaviour to the new conditions of the 21st century. Fire and drought will do it for us.