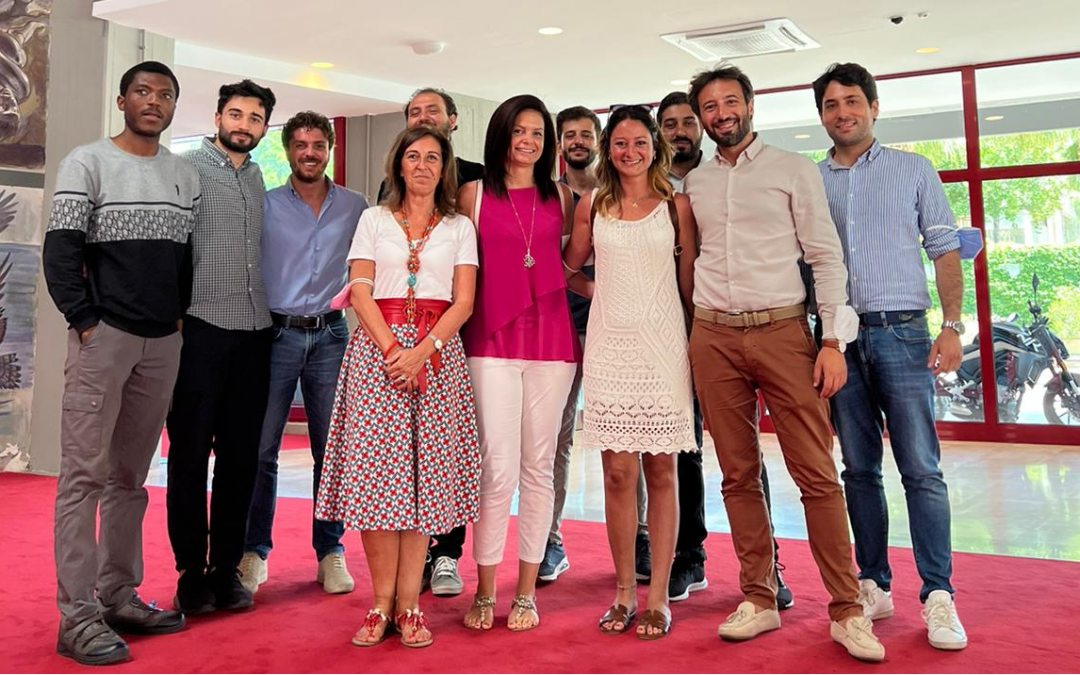 The MEDNIGHT UniME Team began organizing the activities as early as the beginning of May 2022. In particular, In the framework of the “Researchers at school” transactivity, UniME organized the event “MEDNIGHT CHALLENGE ITALIA”, involving high school students in a webinar focused on Mediterranean Land.  The meeting has been held on 3rd May 2022, and the format of the webinar has been chosen due to Covid restriction.

To enhance participation, a press release has been published on the UniME website: https://www.unime.it/it/informa/eventi/incontro-mednight-challenge-italia, and a specific event has been created on the Facebook Social network: https://www.facebook.com/events/730860904773107/

Before the beginning of the activity, Prof. Marina Trimarchi explained to the students the objective of the activity: after the presentations of the researchers, the students will be involved in a contest, linked to the topics covered, hosted on the instragram account: https://www.instagram.com/medchallengeita/.

The three best contributions will be awarded during the event on September 30th. The winner will participate in a super contest among all the winners of the national contests, carried out by the other partners of the project.

The first contribution has been provided by Prof. Filippo Giarratana and Prof. Luca Nalbone, which discussed about “Mediterranean and terrestrial ecosystem: microplastics in the food chain”.  At the end of the demonstration, prof. Giarratana and prof. Nalbone suggested to the student to participate to the contest by sending photos or videos describing the problem of plastic – polluted Mediterranean land environment.

The second contribution has been presented by prof. Luigi Calabrese and prof. Elpida Piperopoulos, and was related to “CO2 pollution, greenhouse effect and absorbent materials for energy sustainability”. At the end of the discussion, Prof. Calabrese and Prof. Piperopoulos encouraged the student to participate to the contest by sending videos reporting about homemade experiments about heat – absorbing materials.

The third contribution has been provided by Prof. Francesca Liga and Prof. Maria Cristina Gugliandolo, and was devoted to stimulate an environment – friendly approach in students. To this aim, after a presentation regarding “Protecting Mediterranean land: how to respect our territory”, they involved students in an online interactive quiz, available at the url: https://wordwall.net/play/12015/647/187. Then, students have been encouraged to compile a survey, aimed to investigate the pro-environment approach of adolescents, available at the url:  https://forms.gle/hpTpT4zKymTjaX1A9. Finally, students have been encouraged to participate to the contest by registering a video spot promoting eco-friendly behavior.

On 14th May 2022, the exhibition “MEDITERRANEAN FACES OF SCIENCE” has been exposed in the atrium the Aula Vittorio Ricevuto of the Papardo Campus of the University of Messina, during the  Award ceremony of the Regional phase of the 2022 Chemistry Games has been held in. This event is organized annually by the Italian Chemical Society.

By taking advantage of the presence of many high school students, we exhibited portraits of Mediterranean scientists in the auditorium, in order to inspire all the students participating in the ceremony to choose a scientific career, and to highlight the role of women in science.

Sunday 15th May, from 16 to 19, a sporting event has took place on the mirror of the Ganzirri Lake, the “Ganzirri Challenge Regatta”, organized by ASD Canottieri Peloro, which has also been attended by a team of researchers from the University of Messina.

At the same time, near to the lake, a “MIND THE LAB” corner has been established, in which, through small educational experiments, researchers have explained to kids and general public some phenomena of nature using commonly used objects.

The MIND THE LAB activities have been focused on the science experiments presented below:

By rotating a disc made up of the 7 colors of the rainbow, you get the illusion that the colors tend to be uniform and turn white.

If you put a mandarin in a container full of water, after a while it will float. But if you peel it and put it back in the water, it will sink. Why?

A small piece of plastic can overcome gravity

We cover the opening of a bottle full of water with a sheet of plastic: turning the bottle upside down, the water will not come out. Atmospheric pressure has won over the weight of water!

A piece of bread floats on the water contained in a basin. We fix a match or a candle on the bread and light it. Covering with an upside-down glass, the flame gradually reduces until it goes out as the water level rises. What’s happening?

Have you ever tried to color a warped image? With physics, it is much simpler. Using an aluminum mirror with a cylindrical surface it is possible to transform a deformed image into its natural counterpart as if we were observing it not deformed.

We insert a disc with a hole in the center at the end of a cardboard tube and close the other end with the rubber of a balloon, well stretched. We light a candle and place the tube, on the side of the hole, about thirty centimeters from the flame: giving a sharp blow to the rubber that closes the other end of the tube, the flame will go out: what happened?

On June 2022, the exhibition “I VOLTI MEDITERRANEI DELLA SCIENZA”  has been exposed for three days at the atrium of the auditorium Vittorio Ricevuto of the Papardo plexus. In particular, on 28th June, a  conference has been held ,organized for Physics PhD Students and focused on entrepreneurship, patents and the protection of intellectual property.

During the conference, the exhibition “The Mediterranean faces of science” has been be set up in the atrium of the Auditorium, in order to stimulate new topics of discussion, perhaps drawing inspiration from the experiences of the researchers portrayed, and to enhance the role of women in Mediterranean Science.

The exhibition remained on display untile 30th June, to show it also to Applied biology and Experimental Medicine PhD Students, attending a conference focused on Glucocorticoids in inflammation and immune response.