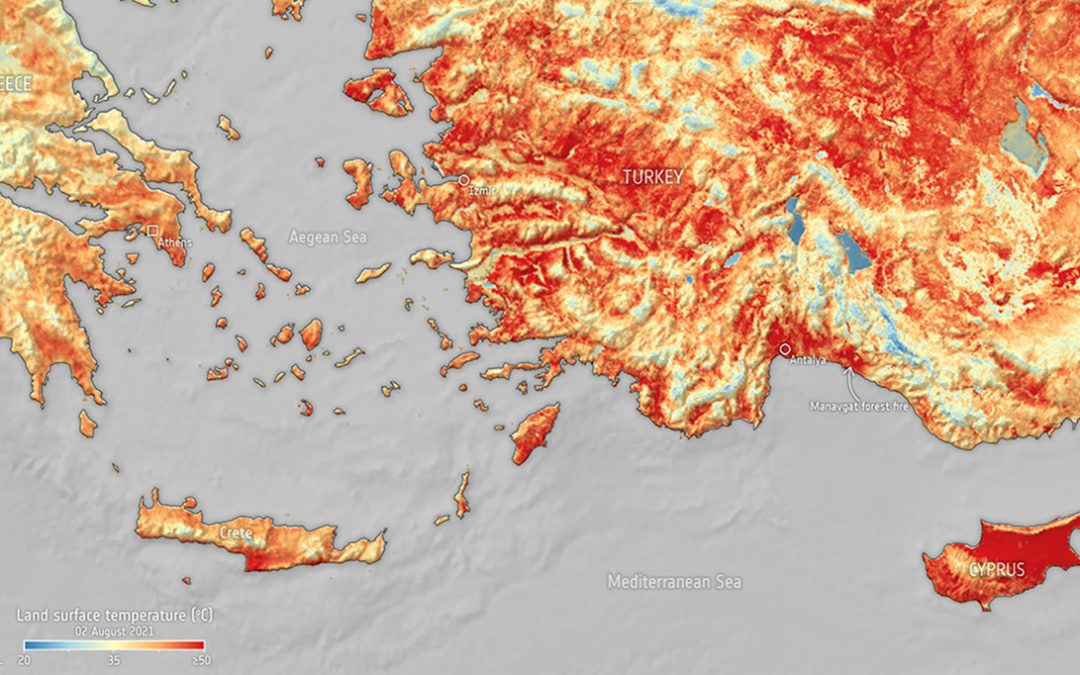 The Mediterranean will be hit by ever fiercer heatwaves, drought and fires supercharged by rising temperatures, according to a draft United Nations assessment seen exclusively by AFP that warns the region is a “climate change hotspot”.

The assessment from the Intergovernmental Panel on Climate Change (IPCC) — to be published next year — details the future impacts that carbon pollution will have on the region, which this week sweltered in above-average temperatures while Greece and Turkey battle record-breaking blazes.

The Mediterranean’s more than half-a-billion inhabitants face “highly interconnected climate risks,” says a chapter dedicated to the region in a draft of the IPCC’s Working Group II report on climate impacts, due for official release in February 2022.

The draft predicts that temperatures across the Mediterranean are likely to rise faster than the global average in the decades to come, threatening the region’s vital agriculture, fisheries and tourism sectors.

Depending on how quickly humanity reins in its greenhouse gas emissions, some Mediterranean regions could see rain-fed crop yields decrease by 64 percent, the draft predicts.

Currently, 71 percent of the Middle East and North Africa region’s GDP is exposed to high or very high water stress, and 61 percent of its population, it says.

The burnt area of forests in Mediterranean Europe is projected to increase by up to 87 percent if Earth’s average surface temperature warms two degrees Celsius above preindustrial levels, and as much as 187 percent in a 3C-hotter world.

Global heating has seen the planet warm 1.1C so far.

While not predicted to be the region of the world worst affected by rising temperatures, the IPCC draft identifies the Mediterranean as a “climate change hotspot”.

The most comprehensive assessment of climate impacts ever assembled concludes that only a scenario in which global warming is limited to below 2C — the core target of the 2015 Paris Agreement — “is likely to maintain coastal settlements, cultural heritage sites, land and ocean ecosystems in a viable state in most parts of the (Mediterranean) basin”.

This map shows the temperature of the land surface on 2 August 2021. It is clear to see that surface temperatures in Turkey and Cyprus have reached over 50°C, again. A map we published on 2 July shows pretty much the same situation. The Mediterranean has been suffering a heatwave for some weeks, leading to numerous wildfires. Turkey, for example, is reported to be amid the country’s worst blazes in at least a decade.

The map here was generated using data from Copernicus Sentinel-3’s Sea and Land Surface Temperature Radiometer. While weather forecasts use predicted air temperatures, this satellite instrument measures the real amount of energy radiating from Earth – and dipicts the real temperature of the land surface.