“If we do not invest in research and innovation, Mediterranean countries will remain only as tourist destinations” 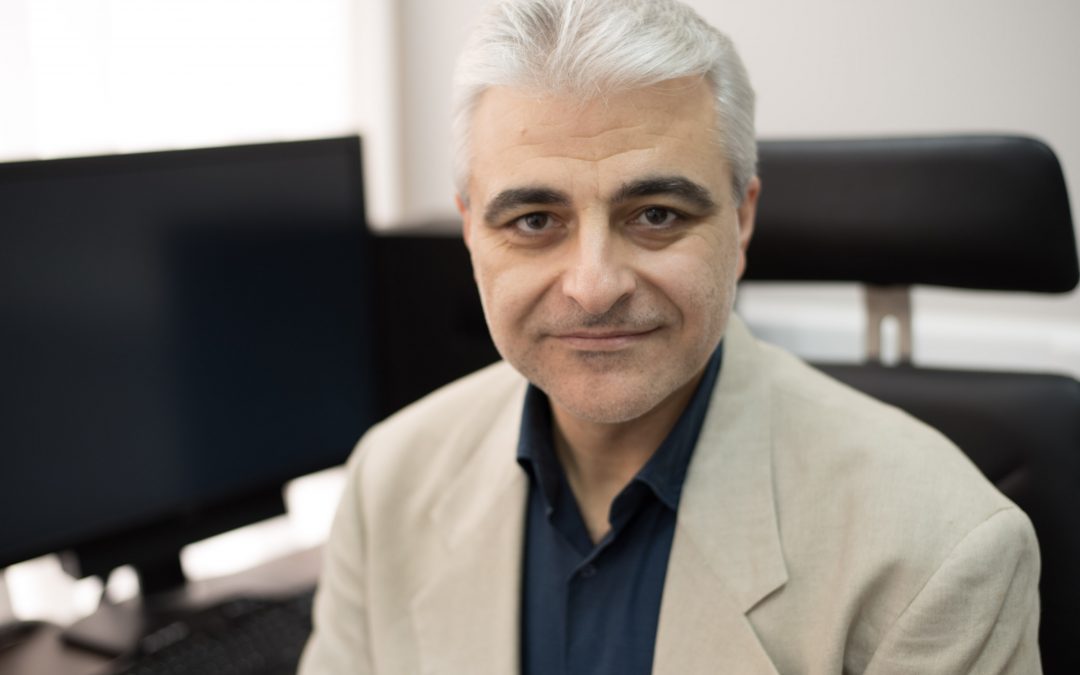 Professor Nektarios Tavernarakis is Vice-President of the European Research Council (ERC). He is also President of the Foundation for Research and Technology – Hellas (FORTH), and Professor of Molecular Systems Biology at the Medical School of the University of Crete, Heraklion, Greece. He also heads the Neurogenetics and Ageing laboratory at the Institute of Molecular Biology and Biotechnology of FORTH, and is a member of the jury of the Mediterranean Science Team 2021.

Why research is important for the development not only of humanity, but especially for countries in the Mediterranean basin?

On one hand, there is inequality between the centres of excellence of the countries of the Mediterranean basin and those of Northern Europe, and it is very important to achieve balanced development throughout Europe. This is essential and is also a fair policy; these countries should have the opportunity to also harbour research labs and investigators and provide their own scientists (such as those in Spain or Greece) with tools to move forward in their own countries. Otherwise, we will continue to see the tremendous brain drain of professionals leaving Spain and Greece to go to Germany or the USA or other countries where there are opportunities for them to work and further develop their expertise Thus, the lack of laboratories and centres of excellence in the Mediterranean countries does not reinforce the human potential of scientists who are a valuable human resource not only for their contributions to science but also to the countries to which they belong.

What do you think about the initiative of MEDNIGHT and about being part of the panel for the Mediterranean selection of the science?

MEDNIGHT is a very interesting initiative that will serve to inspire people and provide role models especially for the younger generations in Mediterranean countries to guide and inspire them towards research and science. We especially need to inspire youths to follow the path of science and research. It is important to demonstrate that science, higher education, research, academia and innovation in industry are good career paths, and in order to achieve this we need role models. We need scientists from these countries to demonstrate to young people how they can succeed and give them something to aim for. In that respect, I think this initiative is very important and I am very excited to be part of it. My goal is to contribute as much as I can to the success of this initiative, because I believe it is relevant and has a lot to offer to Mediterranean countries in which science and research are not a national priority, unlike Germany, Switzerland or Finland.

As mentioned previously, science is not a priority in Mediterranean countries, but in order to understand this we need to consider the level of economic development of these countries and the presence of other more pressing priorities such as health, education, and security, among others. These priorities imply addressing multiple challenges. For example countries lacking a strong healthcare system cannot spend a lot on research, and education and security are difficult to promote if the country is at war. These are very important challenges that need to be met by Mediterranean countries, making it very difficult to prioritize research such as in Switzerland, Germany or Austria. While several Mediterranean countries face internal conflicts and external enemies, investment in education, especially in higher education and science, can provide solutions to these problems and can also provide sustainable economic growth. This economic growth would, in turn, aid in the development of a strong healthcare system and promote higher education and research for their citizens.

What researchers in the Mediterranean area would you highlight as the best ones in your field?

Understandably, I will not go into specific names, but there are many examples of really amazing scientists doing excellent work and who can serve as role models in Mediterranean countries, such as Spain, Southern France, Italy, Greece, and Egypt. The MEDNIGHT initiative highlights some of these scientists, and among the list of names there are outstanding scientists who are doing not only very interesting work in the Mediterranean ecosystem but are also relevant internationally. There are plenty of examples of formidable scientists working in Mediterranean countries demonstrating that world-class science is not out of reach in the Mediterranean basin. Indeed, to the contrary, there is great science in Southern Europe, but it needs to develop further in order to bridge and even close the gap with Northern Europe.

In contrast, Southern Mediterranean countries have the opposite problem. They have a large population of young people but because of the lower quality of life, the lack of essential resources, conflicts, and underdeveloped healthcare systems, the life expectancy in these countries is much lower. The impact of these problems on society is great, and therefore, science and research are needed to facilitate the management of these problems. In these countries other pathologies, food quality, water quality, air pollution, and soil pollution contribute to a lower life expectancy. These problems need to be tackled by science, and therefore, efforts should be made to support research in these countries.

You have a lot of experience in consortiums and networks between researchers. Do you think that is it possible to create a network of collaboration between researchers from Mediterranean countries? Including the European and non-European ones, considering that they are very different regarding religion and culture and some of them, such as Palestine and Israel, are in conflict.

As long as there are common interests there can be common ground. These common interests are improving healthcare systems, increasing economic development and reducing and managing climate change. With these common denominators, religion and culture should not stand in the way and can be prioritized equally among the different countries. Despite the conflicts and internal instability in many countries, we can set common goals requiring concerted action, building on the strengths of each country to construct a consortium on climate change, environmental pollution, and protection of natural resources (i.e. the Mediterranean sea) or even Mediterranean diet. While the specific interests and priorities of each country may differ, there are already consortia among several Mediterranean countries including Greece, Turkey, Egypt, Israel, Lebanon, Italy, and Spain on which further collaboration can be built.

I think that there are great opportunities for a career in science in Mediterranean countries. Mobility is always beneficial. There is a fundamental misunderstanding in the meaning of “brain drain”. Brain drain is one-way mobility, leave the country and never come back. However, “mobility” involves receiving some training in another country and then returning with this training and new knowledge. Researchers who go the United States to receive training related to some new technology or new organism models return to their countries with new expertise, thereby enriching the local scientific arena with new models, new ideas, and fresh projects. This is essential, and thus, brain drain should not be confused with mobility. Mobility is always good and important and always enriches the countries involved. Brain drain is a one-way loss of human potential and this is bad.

I would advise young students and scientists to consider a career in science in a Mediterranean country. Numerous outstanding researchers are thriving in these countries. At the same time, I would encourage researchers to undertake a training period in the USA, Japan or Northern European countries in order to obtain new knowledge and become acquainted with new technologies, new projects, and new ideas, and then bring their expertise back to their Mediterranean countries of origin.

On the other hand, there are unique aspects of the quality of life that can be attractive to appeal to researchers considering a career in science in a Mediterranean country.

What is the ERC and other institutions or organisms doing to make it easier for young scientists to develop a successful scientific career in the Mediterranean? What would you propose?

At present, the ERC is one of the major organisms funding basic research in Europe and it is considered to be the gold standard for the funding of basic research around the world.

Several Mediterranean countries are already benefitting from ERC grants, with grantees in Spain, Italy, Greece, Turkey, and Malta, among other countries. . While this is important and allows being competitive in this arena, we need to be concerned about the gap with Northern Europe. The ERC is only one of many funding sources. National governments should also invest in order to make the Mediterranean countries more competitive for ERC grants. To be competitive for ERC grants a country needs to have a strong research ecosystem, and to develop that strong research ecosystem you need to have national investment as well. Strong national investment will provide added returns in that a competitive ecosystem enables better research, higher education and development, and thus, more money to the country as demonstrated by Northern European countries. Greater competitiveness facilitates funding by the ERC and other international or European Commission funding sources.