A Fisabio study, carried out in the Hospital General in Elche, finds microplastics in respiratory tracts 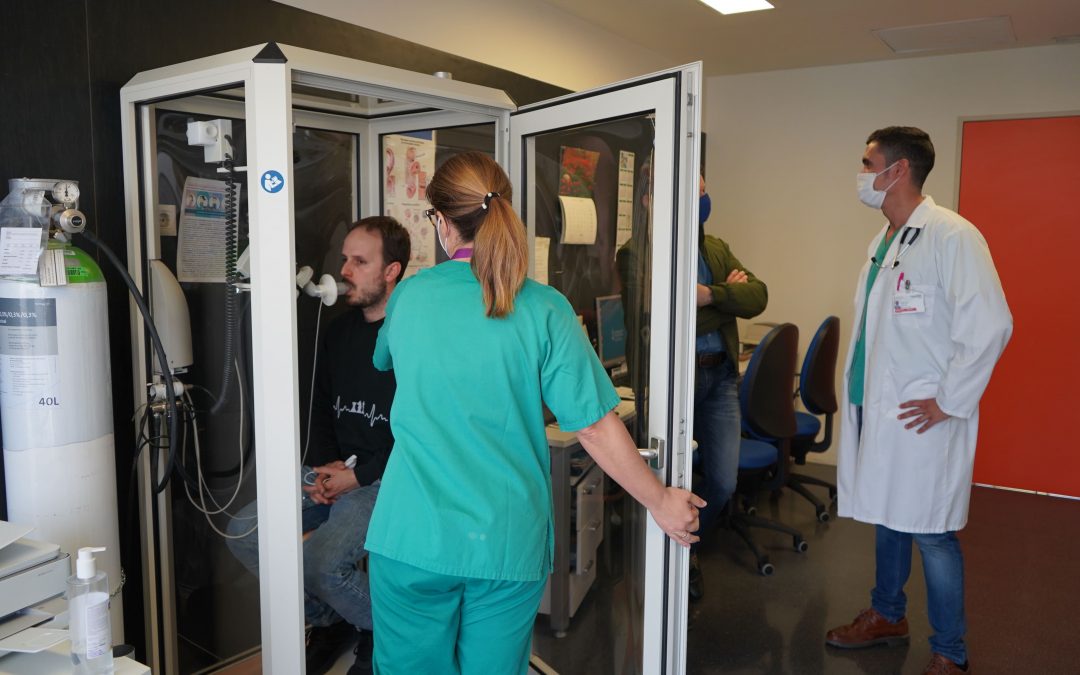 The Foundation for the Promotion of Health and Biomedical Research of Valencia Region (Fisabio) and the Pneumology Foundation of the Valencian Community performed a study at the Hospital General Universitario of Elche that for the first time discovered microplastics inside the bronchi. The Polytechnic University of Cartagena and the Autonomous University of Madrid also collaborated in the research.

These tiny plastics and fibers of less than five millimeters were found in two out of three bronchoalveolar lavages performed on Pneumology patients, but their results can be extrapolated to the general public. “We are all exposed to the inhalation of microplastics,” concludes Dr. Carlos Baeza Martínez, from the Pneumology Service at the Hospital General Universitario in Elche, who led the study.

“Air contamination by microplastics is not as well studied as that of soil or water, although it is a more serious problem than we imagine. Everywhere we look there is plastic. Small fibers are released from the clothes we wear that we can end up inhaling,” warns Professor Javier Bayo, from the Department of Chemical and Environmental Engineering of the Polytechnic University of Cartagena (UPCT), where the chemical analyses of the samples were performed, in collaboration with laboratories of the Autonomous University of Madrid.

The results of the study were presented at the 55th Conference of the Spanish Society of Pneumology and Thoracic Surgery (SEPAR), held in June in Pamplona, where it received one of the 2022 SEPAR patient awards.

The discovery of these microplastics inside the bronchi have been more frequent in women, in people over 60 years of age, in active smokers and in people who have been exposed to higher risk environments, such as workers in sectors like construction, carpentry, shoe manufacturing and electronics.
As for the microplastics and microfibers detected, almost half were viscose rayon, followed in frequency by polyester, cellulose, and cotton.

Ventilation as prevention
Avoiding single-use plastics as much as possible, adequately ventilating interior spaces, using respiratory protection systems in dusty environments or in those where cutting work is carried out, and not smoking are the preventive measures recommended by the authors of the study to reduce the inhalation of microplastics, as well as promoting the reduction of road traffic in cities, since the wearing of vehicle tires generates many of the microplastics present in urban air.

The study has been published in one of the most important international journals in the field of pollution and its risks to humans, the Journal of Hazardous Materials, and can be consulted at this link.