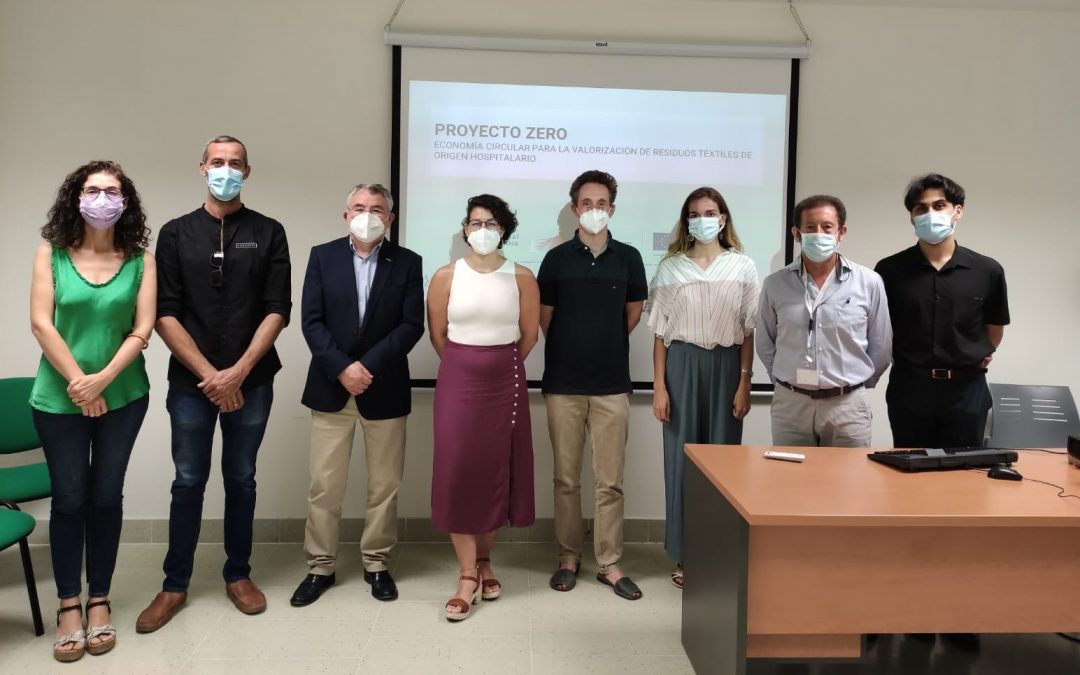 • This project by Fisabio, the Gandia Health Department, Aupa Hogar and Plastics Casaravi has obtained funding from the AVI

The ZERO project has obtained 616,594.97 euros from the Valencian Innovation Agency (AVI) to create a textile waste recovery system based on the recycling of disposable hospital gowns to obtain new products at a lower cost and with a reduced environmental impact.

The project will be carried out by a consortium made up of research and health personnel from the Foundation for the Promotion of Health and Biomedical Research of Valencia Region (Fisabio) and the Department of Health of Gandia, an agency of the Conselleria de Sanitat Universal i Public Health; and the companies Aupa Hogar and Plastics Casaravi. The project thus involves the main Valencian actors in the textile value chain.

In addition, the consortium will work together with other entities, such as the AITEX technology center and the Gandia Campus of the Universitat Politècnica de València (UPV), which will give the project scientific-technological relevance.

Thanks to the Safor Salut program (promoted by Fisabio, UPV Campus Gandia and FAES Safor), the idea for the project arose, which is based on reducing the carbon footprint in textiles for hospital use, and has now materialized into a strategic project of the AVI.

At a global level, the environmental impact derived from this sector has become a worrying issue. In fact, in 2015, it was responsible for 92 million tons of waste. For their part, hospitals generate large amounts of textile waste from single-use equipment. Due to the Covid-19 crisis, the consumption of personal protective equipment has increased exponentially.

According to the latest activity report from the Gandia Health Department, in 2018, the Francesc de Borja Hospital generated 650,000 kilograms of waste, of which 90% was sent to the landfill and the rest was incinerated. The project focuses on using 10% of the total, which corresponds to all single-use textile material.

The initial task of the consortium will focus on the design of disposable gowns by AUPA, which will be supplied to the Gandia Hospital. There, the health personnel—exactly one hundred people—will test the quality of the gowns, both in their preparation and in the material used. Then, the improvements to be made will be identified. Once their useful life is over, they will be disinfected and dried in the same hospital. The waste will be transported to the Casaravi facilities, where it will be recycled to obtain polypropylene pellets. This material will be used to manufacture new gowns, thus closing the cycle.

The AITEX technology center will carry out the recovery of waste using conventional spinning techniques, which will allow obtaining the recycled fibers. At the same time, the Gandia UPV Campus will carry out a study of the environmental impact associated with the production chain, as well as an estimate of the carbon footprint in each of the stages of the process, which will allow the validation of the proposed system and its sustainability.

At Fisabio, and specifically from the Statistical Studies Service, a questionnaire will be designed to assess the opinion of health personnel on the quality and usability of the new gowns provided. This questionnaire will allow identifying the suitability of using the new material, as well as possible improvements.

This sustainable production model will make it possible to reduce the carbon footprint and implement a waste collection and management circuit that could be extended to the rest of the hospitals in the Valencian Community, also promoting intersectoral cooperation between hospitals and textile and recycling companies.

Funding from the Valencian Innovation Agency

The ZERO project (circular economy in the recovery of textile waste from hospitals) is promoted by a consortium between Fisabio, Aupa Hogar and Plastics Casaravi. The endowment of the grant obtained in the modality of strategic projects in cooperation with AVI is 616,594.97 euros, of which the grant for Fisabio is 102,026.97 euros.

“The implementation of the hospital gown recycling and eco-design strategy proposed in the ZERO project will allow the Valencian textile sector to position itself as a leader in the ecological transition on a European scale, as well as to achieve an improvement in market competitiveness thanks to the creation of a sustainable, efficient and environmentally friendly production model,” concludes Salvador González.