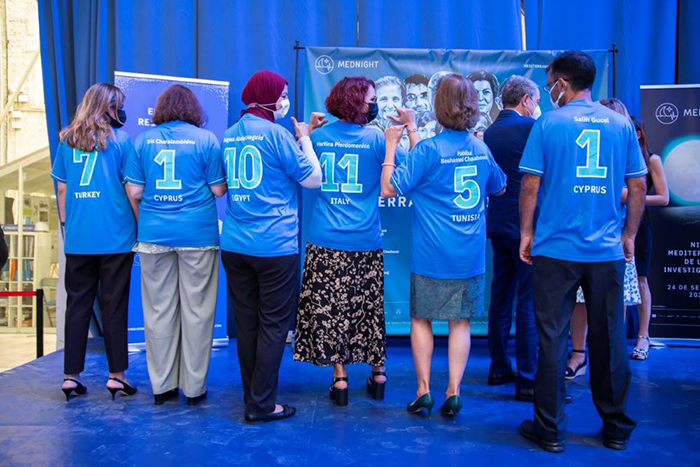 On 7 and 8 April, an expedition made up of institutions from Spain, Italy, Greece, Turkey, Cyprus and Belgium will meet on the Greek island of Lesvos to kick off “Mediterranean Researchers’ Night”. The project, which was initiated in 2020 and is now celebrating the third Mednight, has received funding from the European Union thanks to the “Marie Skłodowska-Curie Actions and Citizens” call of the “Horizon Europe” programme. Mednight was awarded 14 points out of a possible 15, obtaining €600,000 for 2022 and 2023.

The Mediterranean is going through an unprecedented crisis for the 500 million people living on its shores. Mednight aims to generate Mediterranean unity through science. It aims to pinpoint the common problems, highlighting the value and support of research and technology towards the common main concerns and also to stress the crucial role of women researchers, especially in areas such as “sea and pollution”, “climate and clean energy”, “diet and nutrition” and “life and health”. Climate change, pollution, overfishing, desertification, wildfires, few opportunities for young people… are at the top of a long list of shared problems, which no single country can solve or address on its own.

In order to appeal to the general public and showcase the value of researchers’ work and contribution, a series of activities will take place under a common umbrella which Mednight terms “Mediterranean Science”. The activities, which start out in Lesvos, will take place over several months and peaking on 30 September, when more than 400 European cities will celebrate science through a series of events, including Lesvos, Valencia, Messina, Istanbul, Alicante, Orihuela, Torrevieja, Nicosia and El Cairo by Mednight.

Included in the Mednight activities is the appointment of the “Mediterranean Science Team” by the European Commission, where an international jury chooses 11 researchers who have made outstanding contributions to Mediterranean science and society; The marine expedition of the Toftevaag, where this 100-year-old sailing ship will sail the Mediterranean from April to October to help with the conservation of turtles, whales and dolphins by tracking illegal nets, the “curtains of death”; and also the activity “Mind the Lab”, an activity where scientific experiments are demonstrated in public places such as train stations, ports, beaches and parks. In addition, during the project, the voices of scientists and their research work on the Mediterranean Sea will be recorded in a documentary in the different areas of Mednight. These and other Mednight activities will also be present in more than a hundred schools and secondary schools throughout the academic year.

Mednight brings the participation of 10 institutions in consortia: FISABIO, INCLIVA, CSIC, MUDIC, El Caleidoscopio, SciCo Cyprus, the University of Messina, the Kadir Has University of Istanbul and the European Women Rectors Association (EWORA), under the coordination of SciCo Greece.