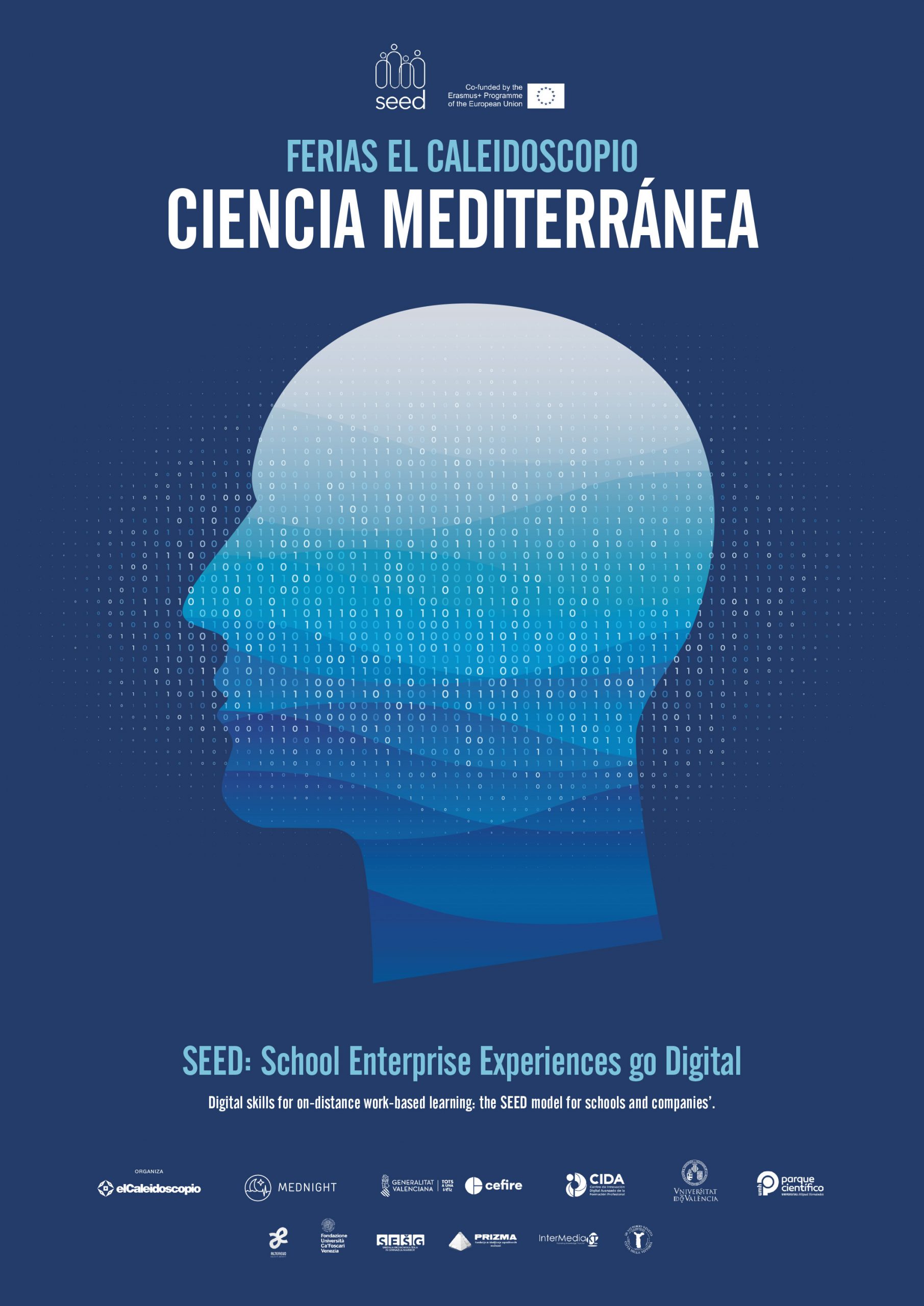 Nearly 400 students present their work on Mediterranean Science in Elche and Valencia.

The company of the UMH Science Park, El Caleidoscopio, together with about twenty municipalities of the Valencian Community, prepare this great educational event, face-to-face and online, to present the work done by nearly 400 students throughout the academic year. Through a methodology of project work, which this year celebrates its ninth edition, the aim is to promote Mediterranean Science, creative, technological and environmental skills, critical thinking and teamwork in schools. In addition, during the event there will be the presentation of the European project Erasmus+ SEED (School Enterprises Experiences go Digital), which aims to promote the internationalization of internships in companies among students of Vocational Training.

On both days, students from each center will present their final project proposals to the rest of the schools. At the Aerial Fair, they will show the drones with social and environmental purposes that they have built; the short films they have made in Stop Motion using digital electronics and 3D printing of MOMO or the short film Program your work, in which one of the protagonists is a humanoid robot that they have previously learned to program, will be screened. As a novelty, this year the projects must put in value the Mediterranean Science and deal with some of these areas: Sea and pollution; Climate and clean energy; Diet and food; Life and health.

Throughout the morning of June 14, the young participants in the projects will be able to visit the panels of the scientific photography contest Expociencia, the prototyping laboratory of the UMH and participate in workshops on climate change taught by MUDIC.

In this course all projects have the collaboration of Mednight; the Teacher Training Service of the Department of Education, the University of Valencia, the Science Park of the University Miguel Hernandez and the departments of education of a score of municipalities in the Valencian Community, which have opted for academic excellence by financially supporting educational projects in schools in their municipalities.