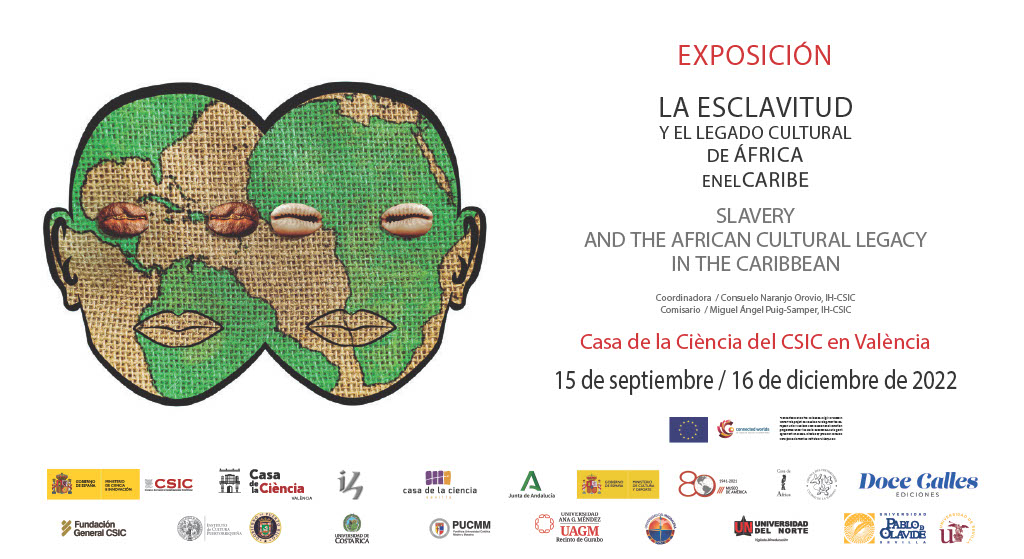 Exhibition Slavery and the Cultural Legacy of Africa in the Caribbean

The Casa de la Ciència of the CSIC in Valencia hosts the exhibition Slavery and the cultural legacy of Africa in the Caribbean, an exhibition that deals with the slave trade from Africa to America from the sixteenth century to the mid-nineteenth century. During that period, more than 12,500,000 Africans were captured and sent to America as slaves. Several European countries participated in this human trafficking. The exhibition has a chronological and spatial route. It begins in Africa, the sixteenth century, showing the different cultures, languages and peoples of the continent, to continue with the transatlantic journey of the enslaved, the arrival at American ports, their sale, jobs, rebellions and other forms of resistance, until abolition. The last two territories to do so were Cuba (1886) and Brazil (1888).