Catastrophic flood of the Mediterranean after the Messinian salinity crisis 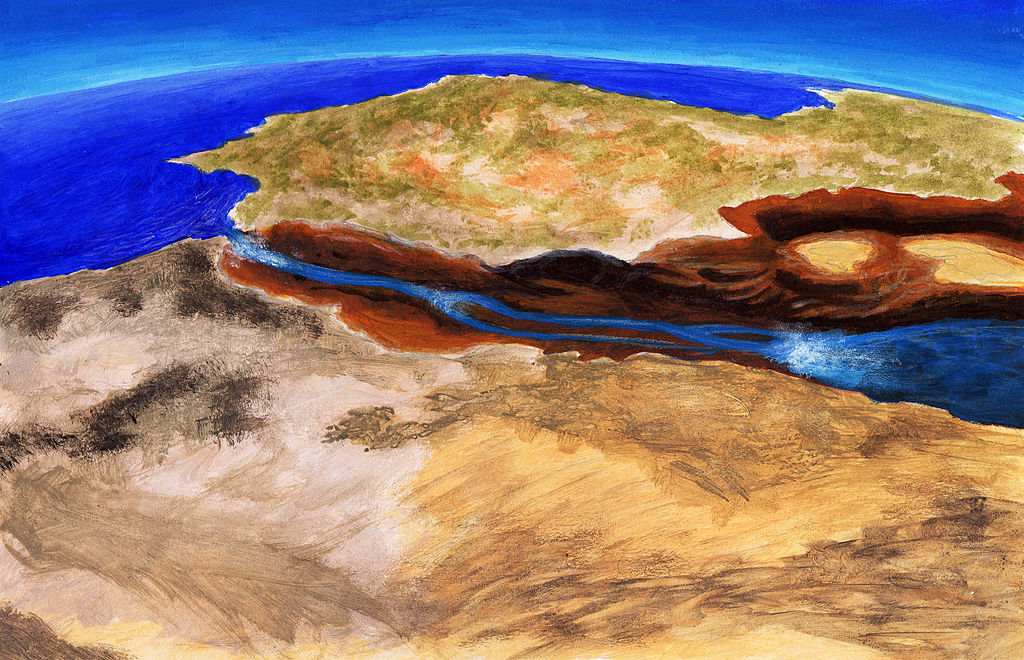 The Mediterranean Sea became disconnected from the world’s oceans and mostly desiccated by evaporation about 5.6 million years ago during the Messinian salinity crisis.

The Atlantic waters found a way through the present Gibraltar Strait and rapidly refilled the Mediterranean 5.33 million years ago in an event known as the Zanclean flood4.

The nature, abruptness and evolution of this flood remain poorly constrained.

A study making use of boreholes, seismic data and numerical modelling suggests that it was a catastrophic event: though it started as a trickle that may have lasted several thousand years, as much as 90% of the incoming water was transferred in less than two years. Such an abrupt flood may have involved peak rates of sea level rise of more than 10 metres a day.

Borehole and seismic data show incisions over 250 m deep on both sides of the Gibraltar Strait that have previously been attributed to fluvial erosion during the desiccation.

The study show the continuity of this 200-km-long channel across the strait and explain its morphology as the result of erosion by the flooding waters, adopting an incision model validated in mountain rivers. This model in turn allows us to estimate the duration of the flood. Although the available data are limited, our findings suggest that the feedback between water flow and incision in the early stages of flooding imply discharges of about 108 m3 s-1 (three orders of magnitude larger than the present Amazon River) and incision rates above 0.4 m per day. Although the flood started at low water discharges that may have lasted for up to several thousand years, our results suggest that 90 per cent of the water was transferred in a short period ranging from a few months to two years. This extremely abrupt flood may have involved peak rates of sea level rise in the Mediterranean of more than ten metres per day. 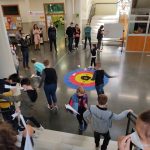