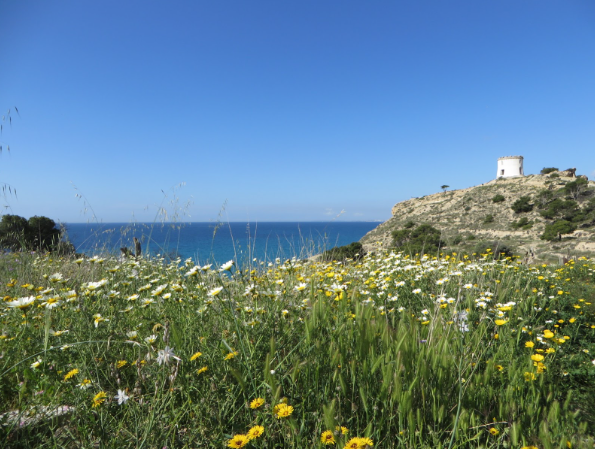 Spain, Italy, Greece, Cyprus, Turkey and Egypt are the six Mediterranean countries that make up “Mediterranean Researchers’ Night” or simply Mednight, a project aimed at young people and society in general, where the main focus is to showcase the science being done in the Mediterranean basin, placing special emphasis on the figure of women researchers. Therefore, a seventh country, Belgium, joins this project through the European Women Rectors Association – EWORA.

The 2022 edition kicked off on the Greek island of Lesvos at the beginning of April. Since then, the project partners have been carrying out parallel activities in the different countries where Mednight is represented. An example of this are the “Mind the Lab” experiments, the exhibition “Mediterranean Faces of Science” or “Researchers Back to School”, which have been held coinciding with the end of the academic year and the summer months.

As a culmination of these transnational activities, Mednight is preparing for September 30th big events that concentrate most of the activities and researchers on the same day, in Valencia, Alicante, Orihuela, Torrevieja, Messina, Lesvos, Nicosia, Istanbul and Cairo. Each of the cities will have an area with stands where participants can attend workshops and learn at close up about cutting-edge science carried out by the research institutions, in the EU Corner, enjoy scientific monologues, theatrical performances, experiments and other formats specially designed to show the benefits of Mediterranean Science to society in an entertaining, pedagogical and rigorous way.

In addition, from September 20th, the premiere of Mednight TV 2022 will take place, a video channel made exclusively for Mednight whose content revolves around the 4 priority areas covered by Mediterranean Science: Sea and Pollution, Climate and Clean Energy, Diet and Nutrition, and Life and Health.

One of the main activities, the Mediterranean Science Team 2023, has just opened the applications to be part of it, whose team will be announced in February during the gala to be held in Istanbul to coincide with the day of women and girls in science. The Gala held at Casa Mediterráneo in 2021 in Alicante was attended by the former Spanish President, Jose Luis Rodriguez Zapatero and the selected researchers from Turkey, Lebanon, Egypt, Tunisia, Spain, France, Italy, Cyprus and Greece. This year’s jury includes personalities such as Nektwarios Tavernarakis, Vice-President of the European Research Council and Gulsun Saglamer, President of EWORA.

Mednight brings the participation of 10 institutions in consortia: FISABIO, INCLIVA, CSIC, MUDIC, El Caleidoscopio, SciCo Cyprus, the University of Messina, the Kadir Has University of Istanbul and the European Women Rectors Association (EWORA), under the coordination of SciCo Greece. Mednight has received funding from the European Union thanks to the “Marie Skłodowska-Curie Actions and Citizens” call of the “Horizon Europe” programme.